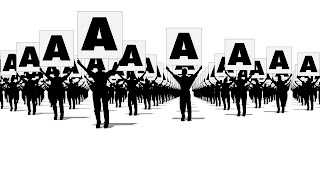 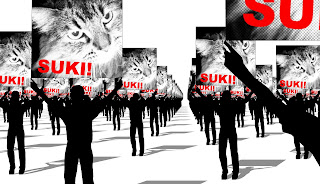 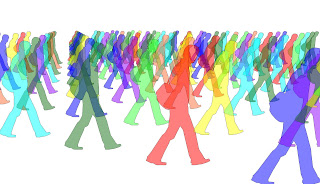 at September 27, 2007 No comments:
Email ThisBlogThis!Share to TwitterShare to FacebookShare to Pinterest 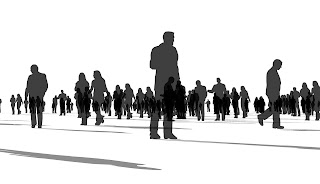 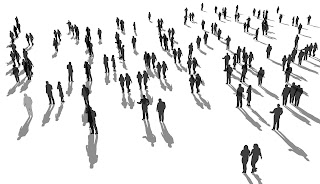 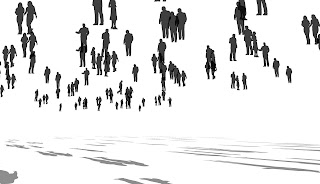 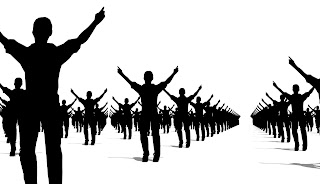 at September 27, 2007 No comments:
Email ThisBlogThis!Share to TwitterShare to FacebookShare to Pinterest

Lots of stuff going on:

Project update: The client gave the interior designer full creative control over the project, which we think was arranged between them from the get-go. I thought maybe we'd drop the project, as insulted, backstabbed, and bamboozled we were, but the company decided to stick it out because (a) its business, and business is to make money, (b) they want to be seen as able to work with any company, and (c) its a high profile project with a big client they would like to continue to work with. The interior designers are a mess to work with, they're basically not doing the work they said they would do, and they keep trying to take the project back to square 24 when we're on square 193. I'm working out roof assemblies and structural connections while they're rethinking the shape of the building. It's incredibly frustrating because they need to prove that their designs are better than ours (which is supposedly how they got creative control) but their problem is that there are so many constraints on the building, OUR designs are the simply the best, optimized solutions because we worked months on them trying out options and configurations. The "designs" they are beginning to arrive at are virtually identical to ours except less interesting.

Tonight, I was picking up some photos at Walgreen's when I ran into the night manager there, and it turned out to be an old friend of mine, Erik Brekke. I am terrible with names, but for some reason, his always stuck with me. Maybe its because he's a huge six and a half foot Scandinavian who dances like Michael Jackson. Anyway, I was surprised to hear he'd graduated and gotten married, and was putting away money to move to the east coast.

Tonight Saori and I had hit the central phoenix Buffalo Exchange and picked up some new clothes. I got a LeTigre zip up jacket (no replacement for my lost Zara, but nice anyway), a dickies jacket, and a nice slim cut sweater/shirt. Saori got some cool clothes too. We were killing time waiting for the hour photo developer.

Cameras! We've been doing a lot of cameras lately. It started with Saori getting me the lomo multi-exposure camera (which we're finally figuring out how to get images superimposed on top of each other). Then last weekend we picked up an old "Partytime II" Polaroid camera and a dirty old manual camera which looked pretty nice for $20. With a bit of research we found it was a Pentacon RTL reflex camera with a Hoya Asahi lens. Everything manual. Detachable coated lens made in Japan, camera body actually made in East Germany in 1960's. We cleaned up the lenses as best we could and shot a roll of film. The photos are really cool. Focus is really nice and the lens coating gives everything a warmer tinge. Learning a lot about cameras too.

Last thursday Saori and I went to the Muse concert in Mesa. For my birthday, Saori got me tickets. We were one of the first groups to get in, and we got a good seat in the middle. The venue was the Mesa Amphitheater, which is an outdoor theater, but it was really good. They set up a flat, standing area for the 50' or so feet from the stage, and then they step it up with terraces, so you can see over the mosh pit crowd to the stage. Really hard to find a bad seat. Muse was really cool, they played a set of their biggest hits and it was just a great show. The lead singer had a piano set up on stage, and in one of the songs he switched mid-song from playing guitar to playing this electric piano, and they had the piano set up an array of lights so you could see the notes playing across it. Huge crowd of people.

Friday was the birthday of one of Saori's and my friends, Mai, who is currently a roommate of my old roommate, Sal. We brought some drinks and barbecued on her back porch with a mix of Japanese and Taiwanese and Mexicans. It was a really fun night.

Saturday night we were supposed to meet my studio friend Joe and his wife Nicole for dinner, but we discovered the Phoenix symphony was playing Tchaikovsky, so we decided to hit that up. It was really fun, we got to get dressed up, drive downtown, and grabbed a bite of pizza with the DeLaree's, and then listened to the concert. It was a good concert. They started with a new composition of a local composed, which sounded to me like a movie score for a mediocre historical drama. Then they played some Tchaikovsky's piano music with an incredibly talented Pianist whose hands literally blurred with how quickly they were moving over the keys. He was a bit of showman, adding lots of dramatic arm movements and flourishes. He also returned for not one but two encore songs.

At intermission, a man in line asked me if I liked "this stuff better than R&B." Most people there were the stereotypical city matrons and couples in their late 40s onward. After intermission, they played a complete ballet written by Bernstein, which sounded a lot like New York, New York, and West Side Story. I realized that John Williams sounds a lot like Bernstein. They finished off the concert with a series of Hungarian Dances by Brahms, concluding with the famous Dance Five. Saori was jumping up and down in her seat she was so excited, because we'd been humming the tune for a few weeks without being able to recall either the name or the composer.

That night we played asshole, a card game, with Saori's roommate. Its actually a lot of fun, and very addicting. Its like a stripped down version of Bridge, with no partners, trump suits, or bidding. All cards are dealt out, and people lay down cards in turn increasing in value. 2 is high, 3 low, etc, and the objective is to get rid of all your cards first. After the first game, the winner and loser exchange the worst and best two cards, respectively. Its fun. One Saturday, Mai, Saori, and I played it for 9 hours straight. Part at Mai's apartment, part at a coffee shop, and part at Saori's apartment.
at September 26, 2007 1 comment:
Email ThisBlogThis!Share to TwitterShare to FacebookShare to Pinterest
Labels: card games, clothes, scandinavians, symphony, work

Today, I got my second birthday present from Saori. The first gift, if I forgot to mention, was tickets to the band Muse, live in concert later this month. This by itself was a really cool gift, but I guess she liked the Jan Svankmajer DVD enough to want to get me something else too. She got me one of the 'lomo' cameras, inexpensive but decent cameras for art photography. Mine allows me to actually rewind the film to take photos over existing photos, so you get this really cool and unpredictable layering effect with multiple exposures.

Tomorrow, we will either gain the project entirely, or lose it. I'd say its a 50/50 split.

And finally, some digital photos!

New Stuff
at September 11, 2007 No comments:
Email ThisBlogThis!Share to TwitterShare to FacebookShare to Pinterest
Labels: Photos

Apologies are in order, dear readers, who have not left this blog by the wayside as its creator has.

It is a new lifestyle, one which does not have the same level of excitement or insight as a college student. I go to work in the morning, come home, do some stuff in the late afternoon, eat dinner, and go to bed early. There's really not a whole lot more than that. In fact, I'm finding myself living an ironically 1950's dream. Early mornings and long days at the firm, a place of my own to relax, and a car to enjoy sunday drives.

Which is not to say I'm not learning anything. On the contrary, the project I'm currently working on at the firm is by far the most complicated anyone on my team has done before. The intergroup politics and relationships seem to do a majority of governing of how the project is taking shape. I'm not happy with the way the project is turning out, but its a fascinating and intense introduction to the birth of a building. It's a shame that I really can't go into the details here about it. But I am writing these things down, keeping my eyes and ears open, and getting down to it. I can say at least that the project is developing along a concept that I came up with, which is satisfying, even as it gets perverted by the various parties associated with the project.

On my birthday, Saori took me to to fish and chips for lunch, and surprised me with a little slice of pound cake with candles. That night we went to Flemmings in Scottsdale, where we had a great steak dinner. One year ago, I celebrated my birthday at Lomo in Buenos Aires with Malbec wine and wonderful beef. This year, we got the best steak in the house, Oscar style, which meant that it was cooked with crab meat and Bearnaise sauce on top. For dessert we split a phenomenal chocolate lava cake which was served with a candle after our waiter discovered that it was my birthday. We found out when we got the check they gave it to us for free, at a normal cost of $11. To go with my filet mignon, I got a glass of chilean malbec, the closest I could get to Argentina.

The next day, Saori and I picked up Taylor and we went to India Palace for dinner, the restaurant he'd been wanting to go to since eating there with me my freshman year. I think Tay is good at school, at least he seems to be going to class and doing his essays. He's already made friends with most of the people on his dorm floor.

We had a busy weekend. Saturday, Saori and I drove around downtown Phoenix, taking an impromptu tour around Meier's federal courthouse, and around deserted downtown. We then made a visit to the Arizona Rock and Mineral Muesum, a museum I've not visited in at least ten years. We spent about two hours there, looking at rocks, and I ended up buying a big solid copper sphere, some 'tv' rock, and a beautifully polished petrified oak slice. Saori picked up a gypsum desert rose that she'll try to mount on a ring. After the museum, we drove around the desolate areas southwest of downtown Phoenix, stumbling on the new Cesar Chavez library. I was blown away as this library looked exactly like my library project third year in architecture school. We pulled over and explored it, and I picked up a CD they were selling of old cuban salsa from the 1950's. Very cool.
at September 09, 2007 No comments:
Email ThisBlogThis!Share to TwitterShare to FacebookShare to Pinterest
Labels: Architecture, rocks, work
Newer Posts Older Posts Home
Subscribe to: Posts (Atom)